A story in pictures 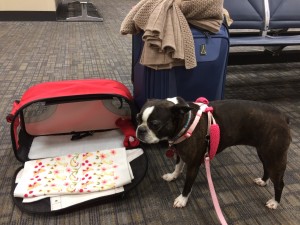 July 1, 2017. We’re going on an adventure. That’s a new word for me. When MJ said it, she sounded excited, like it was a treat! or a walk!  I’m dubious. I’m pretty sure it involves getting inside that red thing, which she’s been trying to tempt me into for weeks. I’m not buying it. 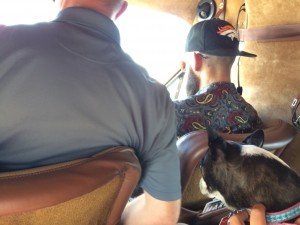 This is more like it, finally, after spending all day wedged under the seat in that red abomination. Ugh. MJ says everybody’s stuffed into airplanes these days, so I shouldn’t take it personally. But now I’m sitting up high on a seaplane! An I-can-see-plane! Seattle! The water! The islands! YES! That’s the pilot on the left—he’s a good guy. We were best buds from the moment he said, “No dogs in crates,” for the hop from Seattle to Friday Harbor. He was petting me and flying the plane–at the same time! I could tell MJ was a little tense when he kept turning around, but I thought he was great! The other guy—the not-co-pilot on the right—started drinking at the airport. I don’t think he likes to fly. 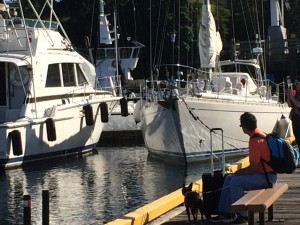 We’re here! Yay! And Rob’s already sitting.  Why is he sitting? We’ve been sitting for hours. I want to go for a walk. New smells!

Things to do on San Juan Island:

Here I am taking Rob on a ferry ride while MJ is at work. He likes to look at the water and all the islands. Sometimes there are even whales. 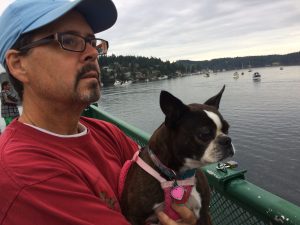